What You Need to Know When the TTB Calls

At some point every distillery undergoes a TTB audit. It happens so frequently, they have a list of common mistakes that trigger audits on their website. We put together a quick look at the types of audits, common triggers, and how to avoid them.

The Three Kinds of Audits

There are three main types of audits the TTB conducts. Most distillers at one point or another will have to deal with an audit.

Everyone eventually receives a random audit at some point during the life of their distillery.

These audits make sure distillers are complying with all the laws, regulations, and they'll check that you're paying taxes correctly for your output.

The TTB generally keeps an eye on larger distilleries who have a million dollars or more in tax liabilities.

There's several highly common ways distilleries get on the TTB radar and are subjected to an audit. A comprehensive list of TTB compliance issues can be found on their website. As a new or emerging distillery, it's important to understand what the common pitfalls are so that you can take the proper precautions to avoid them.

Failure to file the usual monthly reports is a major cause for audits and more of the most common. This includes any information or misreporting related to export. Every distillery must have operation reports for production, storage, and processing. Common mistakes are items listed on the wrong line, manual input errors, and mathematical errors.

Not complying with alcohol content and fill regulations will pique their interest. They randomly buy booze off the shelf and test it, so if you screw this up they’ll find out sooner or later. Inventory mistakes, lost inventories, and excessive or unrecorded losses are other common issues TTB looks for. So make sure that any big mishaps have lots of documentation and a good explanation.

These triggers aren’t arbitrary or randomly applied. For determining the fill and alcohol content, the TTB employs strict measurement standards that takes into account discrepancies caused by external environmental factors. All fills must be as close to 100% as possible, and anything more than 1.5% over or under is cause for negative action. This percentage scales up for larger containers, but there still isn’t a lot of breathing room.

As for losses, anything greater than 1.5% is considered excessive. The TTB takes this very seriously. Every time a storage container is emptied the TTB expects a record of any loss to be made. If and when the unfortunate event of booze loss occurs go into as much detail as possible. If you think it's too much detail, it's probably the right amount. Seriously.

The TTB, like other government agencies, take their time. Even with audits. Distilleries can generally expect a written notice, and between two and four weeks before anyone arrives. That’s plenty of time to get things in order and make sure every single little “t” is crossed and “i” dotted. But don't rely on their snail pace before fixing mistakes. Stay ahead of any audits easily by incorporating a distillery management software that auto-populates your reports, submits paperwork to TTB, and keeps you organized from day one. 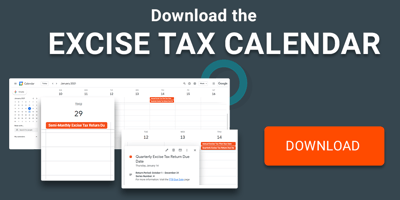